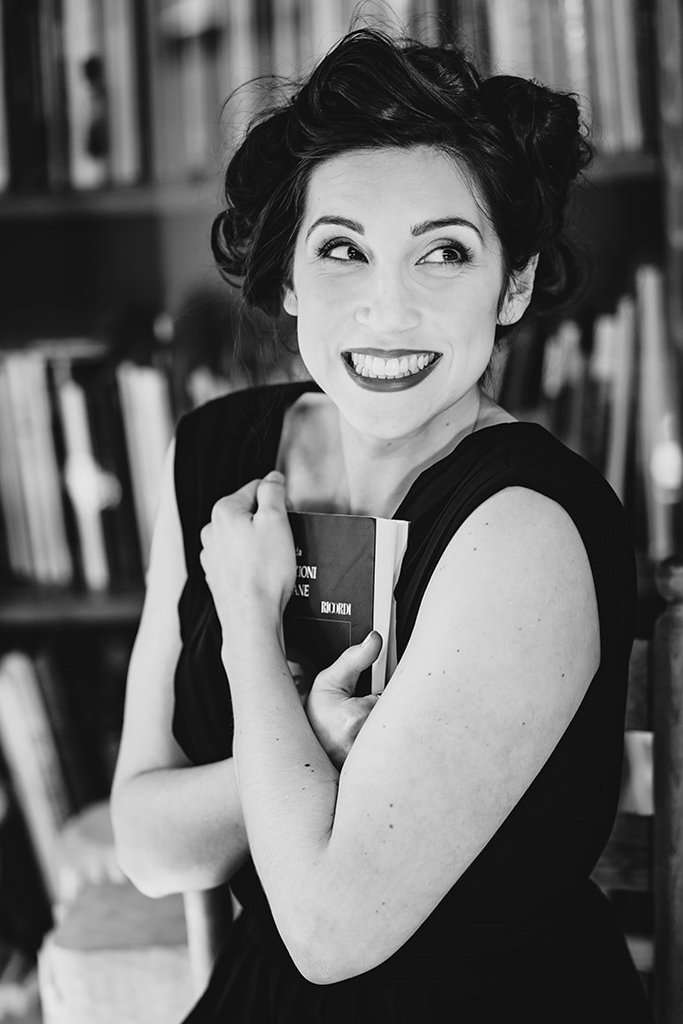 Italian Mezzo-soprano Cecilia Molinari is the winner of the Bel Canto Prize “Rossini in Wildbad” and the Special prize “Pavarotti Giovani” at International Competion “Marcello Viotti” in Vercelli.

She earns highest honours degree both in Flute and vocal performance and she made her operatic debut as Zaida in Il turco in Italia at Teatro Comunale di Treviso and at Teatro Comunale di Ferrara. In 2015, she has been selected as a member of the Accademia Rossiniana at Rossini Opera Festival in Pesaro under the guidance of M° Zedda and she has debuted the role of Marchesa Melibea in Il viaggio a Reims. Cecilia Molinari has quickly established herself as one of the most refined Rossini, Mozart and belcanto interpreters of the young generation.

Her 2021-2022 busy season includes the double-debut (role and house debut) as Ariodante by Händel at Teatro São Carlos in Lisbona, her house debut at MÜPA Festival in Budapest as Maffio Orsini in Lucrezia Borgia, Mozart Concerts at La Seine Musicale in Paris with Insula Orchestra and M° Laurence Equilbey, a new production of Anna Bolena under the baton of M° Mazzola at Dutch National Opera in Amsterdam, a triple house debut at Wiener Staatsoper with her signature role of Rosina in Barbiere di Siviglia under M° Montanari, at Semperoper in Dresden in Così Fan Tutte (Dorabella) with M° Omer Meir Wellber and at Amsterdam Concertgebouw in Rossini’s Stabat Mater under the baton of M° Michele Mariotti, also she will come back as Cenerentola (Title role) at Teatro Petruzzelli in Bari and at Teatro dell’Opera di Roma as Rosina in Barbiere di Siviglia, a house debut at Teatro de la Maestranza in Sevilla as Cherubino in a new production of Nozze di Figaro.

Among her recent engagements: the role debut of Isabella in Italiana in Algeri at Teatro alla Scala under the baton of M° Ottavio Dantone, Rossini’s Petite Messe Solennelle at the Auditorio de Madrid and at Teatro la Fenice in Venezia,  La Morte di Orfeo by Landi under M° Rousset and Cenerentola (title role) under the baton of M° Rustioni at Dutch National Opera in Amsterdam, Mozart Requiem and Annio at Teatro La Fenice in Venezia under M° Claus Peter Flor, in La Clemenza di Tito at Vlamsee Opera and at Opéra Royal de Wallonie, La Damoiselle Élue di Debussy al Teatro Petruzzelli di Bari, Rossini’s Tancredi (title role debut) at Teatro Petruzzelli in Bari, Rosina in Il barbiere di Siviglia at Teatro Comunale di Bologna and at the National Centre of the Performing Arts (NCPA) in Beijing., Siveno in Demetrio e Polibio and a Gala Concert at Rossini Opera Festival,  the house debut at Salzburg Festival in Luisa Miller alongside Placido Domingo under the baton of M° Conlon,  Cherubino in Nozze di Figaro at Palau de les Arts in Valencia, the house debut at Bolshoi Theater (Melibea in Il Viaggio a Reims) under the baton of M° Sokhiev and at Grand Théâtre de Genève as Annio in Clemenza di Tito with M° Emelyanichev.

In 2015, she made her signature-role debut as Rosina in Il barbiere di Siviglia at Teatro Rossini in Pesaro under the baton of Alberto Zedda, during the Rossini celebrations. She has also sung as soloist in Rossini’s Petite Messe Solennelle at Festival Terras Sem Sombras under Maestro Zedda and in Rossini’s Stabat Mater at Gran Teatro Nacional de Lima. In August 2016 she returned at Rossini Opera Festival as Zaida in a new production of Il turco in Italia under the baton of M° Scappucci and signed by Davide Livermore and in Gala Concert with Juan Diego Florez.

The following season she made her debut as Meg Page next to Bryn Terfel in a new production of Falstaff conducted by Alberto Zedda in La Coruña (Spain) and then Adelson e Salvini by Bellini (Nelly) at Teatro Pergolesi in Jesi, Rosina in il Barbiere di Siviglia at Teatro Verdi in Trieste, Zaida in Il turco in Italia in Bergen, Marchesa Melibea in Il Viaggio a Reims at Teatro dell’Opera in Rome under the baton of Stefano Montanari (new production signed by Damiano Michieletto), Ismène in Le siège de Corinthe at Rossini Opera Festival with M° Abbado and she has been guest at Royal Opera House in Muscat in in the tournee of ROF with L’occasione fa il ladro by Rossini also, she has made her role debut as Angelina in La Cenerentola at  OperaLombardia.