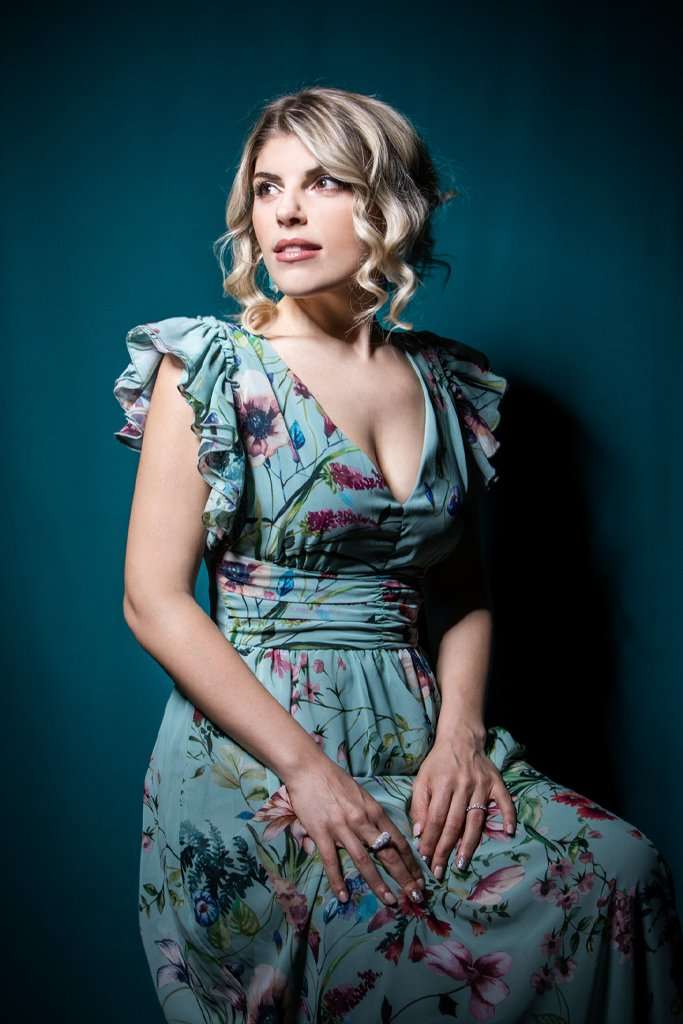 Giuliana Gianfaldoni is one of the most outstanding young singers to emerge from Italy. Born in Taranto she started studying at a young age at the Conservatory “G.B. Martini” in Bologna. She participated then at several masterclasses, among wich Antonella D’amico, her actually vocal coach.

Giuliana was winner of the 65th ASLICO competition for young singers in 2014 and took the first prize of the Internazionale voice competition Ottavio Ziino in Rome (2015).

Giuliana had her debut at Ópera de Tenerife in Così fan tutte by Mozart as Despina. The following year she returned there, as Zerlina in Don Giovanni by Mozart. It was her outstanding interpretation at YAP of Salzburg Festival as Konstanze in Die Entführung aus dem Serail,athat Giuliana Gianfaldoni captured the international attention.

Her remarkable engagements include Adina in Elisir d’Amore at Teatro Municipale in Piacenza and at Teatro Alighieri di Ravenna directed by Leo Nucci and conducted by Stefano Ranzani, Carmina Burana with La Filarmonica Toscanini of Parma and Orchestra della Toscana (ORT) conducted from Daniele Rustioni, Zerlina in Don Giovanni  at Teatro Carlo Felice in Genova, Micaela in Carmen at Ópera de Tenerife and at Teatro Aurora di Gozo, Oscar in Un ballo in maschera at Teatro Verdi in Sassari, Susanna in Nozze di Figaro at Opéra de Toulon, Lauretta in Gianni Schicchi at Opéra de Montpellier, Giustina in Margherita by J. Foroni and Gilda in Rigoletto at Wexford Festival Opera. Recently she has also appeared in new roles as Lisette in La Rondine at Teatro Carlo Felice of Genova and Marie in La Fille de régiment at Teatro Verdi in Trieste.

Giuliana Gianfaldoni’s current season include Gilda in Rigoletto at Teatro Petruzzelli in Bari, Corinna in Il Viaggio a Reims at Opera de Tenerife and Ilia in Idomeneo at Teatro Massimo in Palermo, directed by Pierluigi Pizzi.