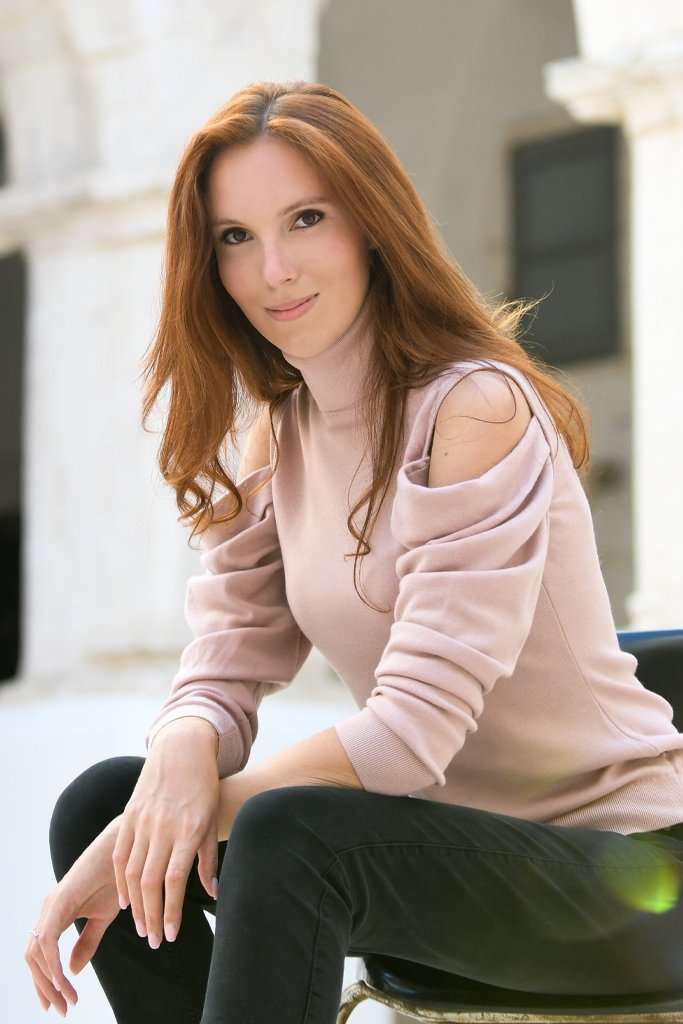 “Lidia Fridman was a surprise as Ecuba at Martina Franca and here (L’Ange de Nisida) she was confirmed as a sensitive and dramatic interpreter, focusing the eyes of the audience.”
Renato Verga – Bachtrack.com

Born in 1996 in Samara (Russian Federation), she completed her first studies at the Institute of Music and at the Art School of her city, also attending specialization courses at the Elena Obraztsova Academy in St. Petersburg.
In 2015 she moved to Italy, graduating with honors at the Conservatory of Udine and then she has obtained the highest degree at Conservatorio Benedetto Marcello in Venice.  First-Prize winner of several international competitions, she has been nominated among “Young Artists of the Year” at the 2021 International Opera Awards. She currently studies with Paoletta Marrocu.

She has started her career starring in concerts and operas such as:  Pergolesi’s Stabat Mater and Donna Eleonora in Salieri’s Prima la musica poi le parole in Pordenone and Contessa in Mozart’s  Le nozze di Figaro in Trieste and touring at other Italian and Russian venues.

In 2019, she made her acclaimed debut at Teatro la Fenice in Venezia in the title role of the first modern performance of Albinoni’s La Statira.

The same year she has been invited at the Festival della Valle d’Itria in Martina Franca where she has performed in Gala Concerts and in Brahms’ Requiem. Also, she has been highly prized by critics and audience starring in the title role of the contemporary premiere of “Ecuba”, by Nicola Manfroce in the new production of Pier Luigi Pizzi under the baton of Sesto Quatrini. The production has been broadcasted live on the public radio and streamed on Italian Public Television Rai5.

Furthermore, Lidia has added a new debut in a leading role in Padova in the semi-staged performance of Purcell’s Dido and Aeneas, followed by a concert with the Trio ‘G. De Vito ‘at Palazzo Cavanis in Venice as part of the Biennale with music by Marco Sinopoli and Bernstein.

And, as a crowning achievement of her outstanding first year of leading bel canto roles debuts, she has starred with great success at the Donizetti Festival in Bergamo the leading role of Sylvia de Linares in the world scenic premiere of L’Ange de Nisida directed by Francesco Micheli under the baton of  Jean-Luc Tingaud.

Her recent and future engagements include the debut as the title role in a new production of Norma at Théâtre de la Monnaie,  the title role in Lucrezia Borgia MÜPA Festival in Budapest and at Teatro Verdi in Trieste and the role debut of Mina in Aroldo by Verdi at Teatro Galli in Rimini, Pulcinella by Stravinsky touring in Italy and symphonic concerts and opera productions throughout Italy.